Amid speculation over a change in leadership in Karnataka, Lingayat seers are rallying behind CM BS Yediyurappa. AH Vishwanath, a member of the legislative council from the BJP, criticised them for doing so. 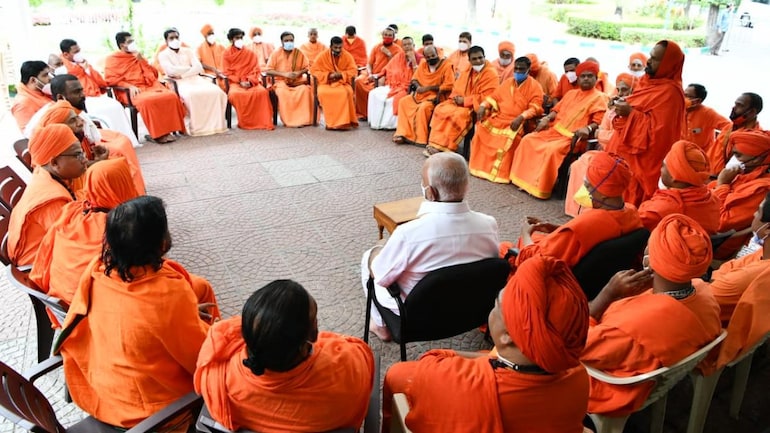 Amid speculation over a change in leadership in Karnataka, Lingayat seers are rallying behind CM BS Yediyurappa.

Amid speculation over a possible change in leadership in the Karnataka BJP, Lingayat and other community seers in the state are rallying behind Chief Minister BS Yediyurappa. AH Vishwanath, a member of the legislative council from the BJP, has criticised the seers for doing so.

“The pontiffs should not come out in support of a particular person or party. The mutts should be part of society and not part of a political party,” Vishwanath continued.

AH Vishwanath, who has attacked Yediyurappa in the past, had jumped ship and joined the BJP in 2019. He was with the Janata Dal (Secular) earlier.

With rumours of Yediyurappa being replaced as the chief minister of the state doing the rounds, Lingayat seers are purportedly trying to build pressure on the BJP high command to ensure he is not replaced.

Around 25 seers met the chief minister on Wednesday and extended their support to him. They said they wanted him to continue as Karnataka’s chief minister.

Siddalinga, one of the most influential Lingayat mutts, said, “We asked him about resignation. He didn’t say anything. He should continue as the chief minister. Let him finish the full tenure and later there can be a possible change. Now is not the right time for change – there is the monsoon and a potential third wave of Covid. One cannot have a good government if the CM is changed now.” 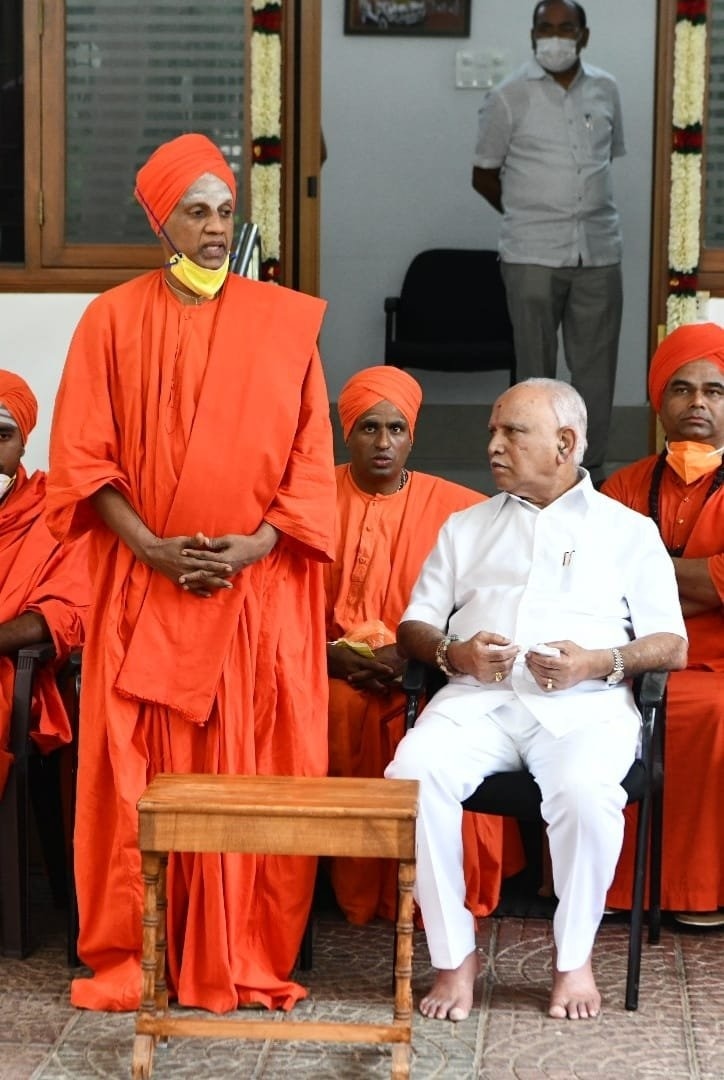 On Wednesday, members of the Veerashaiva Lingayat organisation even held a protest against the BJP high command in Gulbarga district of Karnataka.

The Lingayats are a highly influential community in Karnataka comprising nearly 17 per cent of the state’s population. Yediyurappa belongs to this community.