Home » Citing Aadhaar, American expert recommends US to design a system that is inclusive and work for most people

Citing Aadhaar, American expert recommends US to design a system that is inclusive and work for most people 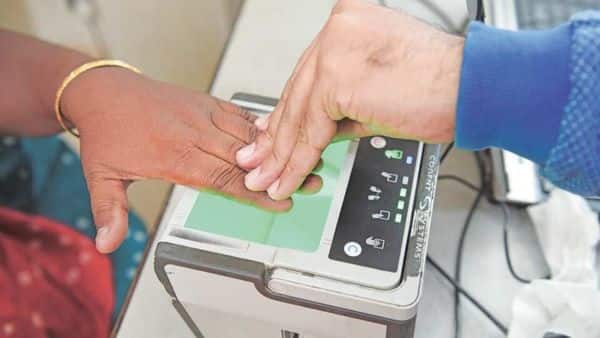 Prof Elizabeth Renieris, founding director of the Notre Dame-IBM Technology Ethics Lab at University of Notre Dame, made the remarks during a Congressional hearing by Task Force on Artificial Intelligence Subcommittee on “I Am Who I Say I Am: Verifying Identity while Preserving Privacy in the Digital Age.”

“We need to design a system that is actually inclusive and will work for most people,” Renieris said.

Responding to lawmakers’ questions, Renieris referred to the experience of the implementation of the Aadhaar system in India.

“We must avoid building digital ID systems and infrastructure in a way that would further expand and entrench the surveillance state, as do the national identity systems in India or China,” she said in her testimony.

“When we move through the physical world today, we are rarely asked to identify ourselves, but as everything increasingly has a digital component and as the market for digital ID grows, we are at risk of flipping that paradigm. To avoid the erosion of privacy to persistent and ubiquitous identification, we will also need guardrails around the use of these systems, including when and why identity can be required,” she said.

“If we are not careful, we might go from identity as the exception to identity as the rule. To summarize the recommendations for Congress, we must recognize that digital identity is critical infrastructure. The federal government must lead to create standards for safe, secure and trustworthy IDs. Those standards must address specific challenges associated with new and emerging technologies and ensure a public option,” she added.

Responding to a question, Renieris said that if one can’t obtain a digital identity in many countries, one is effectively locked out of life.

“There is basically nothing you can do and you don’t exist. And so I think that’s the broad level of risk. The second layer of that is that in a lot of countries, what we’ve seen with digital ID schemes gone wrong, they’ve tried to integrate, they’ve basically used a single identifier,” she said.

“So for example, the hotline number in India, and that single identifier is able to track your activity across all facets of your life and employment, to health care, to school, to pretty much everything you do. And so that’s another area where you can’t retain sort of autonomy over specific domains of their life,” she told the lawmakers.

‘For example, you can’t separate your personal professional reputation and you can’t have this kind of contextualized personal identity. And so I think that’s also really problematic. It’s also problematic from the standpoint of data security, right. And so if you compromise your number, you have concerns around that,” she said.

“Could you just talk a little bit about how in your mind India went wrong? I think that’s, I don’t want to put words into your mouth, I recall that phrase that you said,” Congressman Van Tylor asked.

“The situation with Aadhaar in India is, I mean, there are a couple of places where they went wrong. Firstly, they intended the single unique identifier and the system to apply to every aspect of life. So there’s literally nothing you can access without using it and it’s entirely traceable across all these facets of life by the government,” Renieris said.

The constitutional court has subsequently looked into this and specifically said that it was an overreach, and that there are concerns about dialing some of that fact, she said, referring to a court order.

“We have a very similar problem here. We talked about broadband earlier in the hearing, where we don’t have a homogenous population, we don’t have universal access to things…if we only solve for the majority, then it’s the tyranny of the majority there, and we don’t have the pluralism and materialistic perspective,” she said.