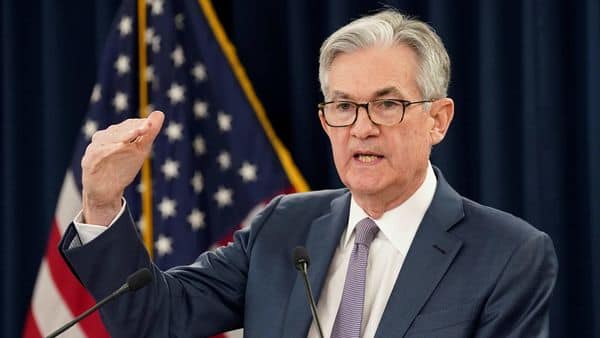 More broad-based price pressures or a weak rebound in the workforce could lead the Fed to conclude it needs to reverse the easy money policies it deployed during the pandemic more rapidly than officials expected a few months ago.

“This is a shock going through the system associated with reopening of the economy, and it has driven inflation well above 2%. And of course we’re not comfortable with that,” Mr. Powell told the Senate Banking Committee on Thursday.

Mr. Powell said pandemic-related bottlenecks and other supply constraints for a small group of goods and services have led to rapid price increases. He said it would be an error to overreact to inflation that results from one-time increases in the prices of certain services, like air travel and hotel rates, or goods, like new and used cars, that have surged due to the reopening of the economy.

Earlier this year, Mr. Powell said he expected inflation would prove transitory because those one-time increases wouldn’t continue. But Mr. Powell said Thursday that even though the central bank still expects surging prices related to bottlenecks to reverse, the Fed was watching to see if other goods and services, where price growth has been flat or modest, might accelerate as the economy heats up.

“We’ve identified a half dozen things” that “look very much like temporary factors that will abate over time. What we don’t know is are there other things coming along to replace them?” said Mr. Powell. “We won’t have to wait a tremendously long time, I don’t think, to know whether our basic understanding of this is right.”

U.S. consumer prices continued to accelerate in June at the fastest pace in 13 years as the recovery from the pandemic gained steam. The Labor Department’s consumer-price index increased 5.4% in June from a year earlier. Excluding volatile food and energy categories, prices rose 4.5% from a year earlier, the most in 30 years.

“This particular inflation is just unique in history. We don’t have another example of the last time we reopened a $20 trillion economy with lots of fiscal and monetary support,” he said. “We are humble about what we understand.”

Officials are set to accelerate discussions at their July 27-28 meeting over how and when to gradually pare their purchases of $120 billion a month in Treasury and mortgage securities. Because Mr. Powell has said the Fed will provide ample warning about when it starts that process, it appears unlikely to begin soon.

Mr. Powell indicated the Fed was in no hurry to adjust its policies right now, but that it would have a better understanding of how the reopening was proceeding by year’s end. Economists are looking to see if more Americans return to work in the coming months, including when children return to school in the fall, and as enhanced unemployment benefits expire in early September.

The share of Americans working or seeking work dropped sharply during the pandemic, and it remains several percentage points below its pre-pandemic level. The sluggish return of workers has scrambled the Fed’s best guesses around what might constitute full employment. If “there’s less labor supply, then you’ll hit full employment earlier,” Mr. Powell said.

On Wednesday, Mr. Powell said he expected and hoped to see a significant increase in the number of people looking for jobs in the coming months.

Many economists believe tighter labor markets would prompt the Fed to raise rates sooner, though Mr. Powell said it could take years to understand new trends in workforce participation. “At this point, there is no need for Powell to scare markets by highlighting a risk which is unquantifiable and might never materialize,” said Ian Shepherdson, chief economist at Pantheon Macroeconomics.

Still, in its semiannual monetary policy report released last week, the Fed flagged the risk that the pandemic might have altered the labor market so that “the characteristics of maximum employment may well be different from those of early 2020.”

The last half of the year will also provide the Fed with more time to determine whether inflation is heating up in other parts of the economy, such as for housing costs or wages, that could keep overall price pressures above the Fed’s 2% target even after pandemic-related bottlenecks abate.

The Fed has held interest rates near zero since the coronavirus pandemic hit the U.S. economy in March 2020. The central bank has said it expects to keep rates there until it is confident inflation will run “moderately” above the Fed’s 2% target and the labor market has healed, or returned to what it calls “maximum employment.”

Mr. Powell said the current level of inflation is well above the Fed’s goal. “This is not ‘moderately above 2%’ by any stretch…and we understand that,” he said.