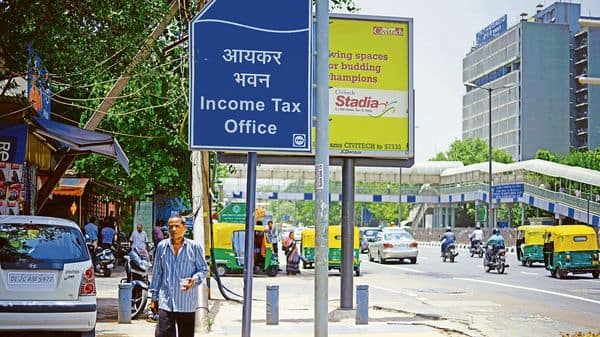 The Delhi High Court has directed CBI probe into the authenticity of an email after the Income Tax Department, which was alleged to be the sender, claimed forgery by the assessee.

A bench of Justices Manmohan and Navin Chawla observed that the matter was serious in nature as one of the parties has either forged the document in question and/or is not telling a complete truth.

The court in its July 16 order stated that the matter pertained to a sensitive server belonging to the Ministry of Finance/Department of Income Tax, involving a senior official, and thus directed that the investigating agency to enquire as to whether the email in question was issued to the assessee company or not, and if so, by whom.

“This Court directs the Central agency, namely Central Bureau of Investigation (CBI) to enquire as to whether the email dated May 31, 2021 had been issued to the petitioner or not, and if so, by whom. Registry is also directed to forward a copy of this order along with the entire paper book to the Director, CBI, on or before July 20, 2021, who in turn, is directed to nominate an officer to conduct the enquiry,” the bench said.

The assessee company, Three C Homes Pvt Ltd, received an email form the Income Tax Department on May 31, which informed that its hearing before the officer concerned had been adjourned till June 14.

However, on June 2, the company received Assessment Order dated June 1 pertaining to its proceedings, after which the company moved the high court.

The company argued that after granting the adjournment, there was no occasion for the Income Tax authority to pass the Assessment Order.

The company maintained the adjournment was granted by an email ID which undoubtedly belonged to the revenue department and not an artificial dispute was being created.

In its order, the court noted that an email similar to the one sent in the present case had been sent to another petitioner-assessee in another case and it could not be a co-incidence that “similar emails granting adjournments to different assessees from the Income Tax of India e-filing Portal had been forged and fabricated by different assessees simultaneously”.

The court noted that the department sought to ascertain source of the email from the Directorate of Systems, which has control over all income tax systems but opined that it was too late in the day as any reasonable official would have conducted such enquiry before filing his counter affidavit and making serious allegations of perjury and forgery.

Consequently, in the opinion of this Court, the said offer of DCIT, CC-06 lacks bonafides, the court said.

The court clarified that if the email was forged and fabricated by the company, it would initiate action under Sections 191/192/196 of IPC which deals with provisions of false evidence.

If the email was issued by the Income Tax of India’s e-filing portal, then it would not hesitate to take action against the Deponent of the department’s counter-affidavit for stating half-truths, the court added.

“(The court) is constitutionally bound to ensure that citizens of this country who invoke the extra ordinary jurisdiction of this Court are not intimidated by allegations of forgery and prosecution and that too by officials who do not exercise the duty of care by enquiring as to whether the email had been issued by another wing or Department of Revenue”, the bench said.

As per the court’s order, CBI’s enquiry report has to be placed before the court within four weeks and the matter would be heard next on September 6.