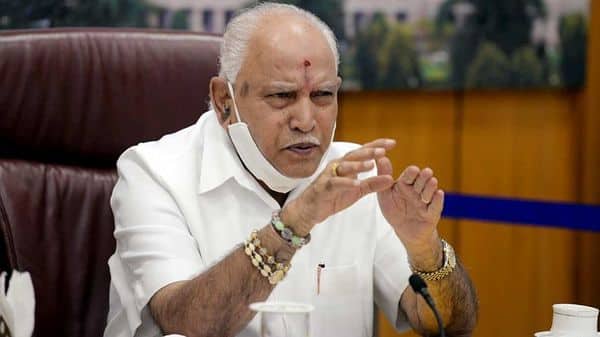 Terming his visit to Delhi as successful, Chief Minister B S Yediyurappa on Saturday said Central leaders have asked him to continue in his post and that there was no discussion on leadership change.

“The central leaders have asked me to continue as Chief Minister and strengthen the party.It is our duty to follow their instructions from time to time.There is no question of leadership change,” Yediyurappa told reporters here on his return from New Delhi.

Earlier in the day, Yediyurappa had dismissed news reports about his resignation as chief minister as “not at all true”.

Denying any discussion on alternative leadership, he emphasised that there was no dearth of substitute leaders in the BJP.However, he maintained that the party has given him the charge and he will work to strengthen the party by taking everyone along.

Yediyurappa had called on Prime Minister Narendra Modi, Home Minister Amit Shah, Defence Minister Rajnath Singh and BJP president J P Nadda in the national capital during his two-day visit and held discussions on issues ranging from politics to Mekedatu balancing reservoir across Cauvery river, which is a bone of contention between Karnataka and Tamil Nadu.

previousIndia vs England: Virat Kohli and boys get into the groove ahead of Test series | Cricket News
nextPunjab Congress tussle: What Amarinder told Rawat on Sidhu’s likely elevation | India News