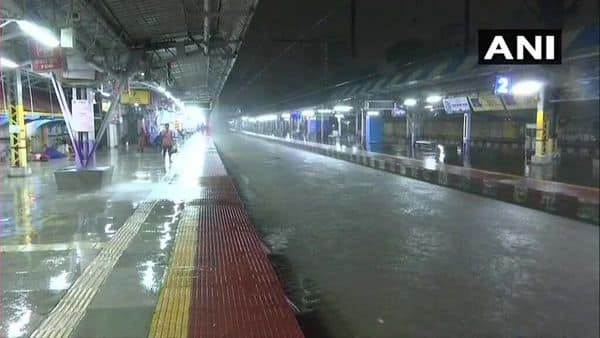 Parts of Mumbai were thrown out of gear on Sunday as the city witnessed incessant overnight showers, leading to waterlogging and several rain-related incidents.

This comes as the India Meteorological Department (IMD) has issued a red alert for Mumbai in the backdrop of heavy rains, a BMC official said.

Further, a sudden change in climatic conditions has led to Mumbai witnessing over 100 mm rainfall in six hours, the IMD said in an early morning bulletin.

The IMD said that till 6.30 am on Sunday, Mumbai and adjoining areas received over 120 mm rainfall in the preceding 12 hours. Mumbai would receive “heavy to very heavy” rainfall at a few places with extremely heavy rainfall at isolated places, it added.

Here are the latest updates:

previousHDFC Bank net profit rises 16% to Rs 7,729 crore
nextAradhana Burgohain opens on how she had to choose between a secure job and her dream!