Home » Moderate rainfall likely to continue in Delhi-NCR for next 24 hours, says IMD

Moderate rainfall likely to continue in Delhi-NCR for next 24 hours, says IMD 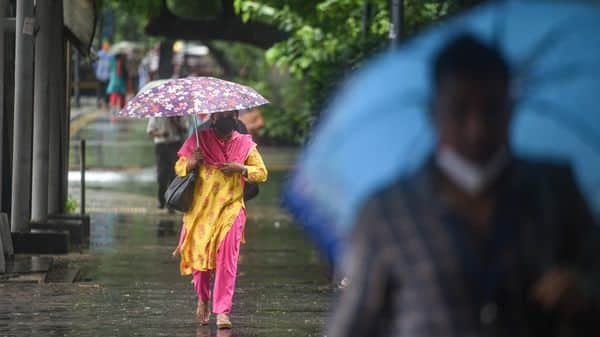 “Moderate rainfall at most places with isolated intense spells very likely over Delhi during next 24 hours,” the IMD said.

In addition, light to moderate intensity rain would continue to occur over and adjoining areas of NCR, including Gurugram, Manesar, Ballabhgarh.

Some areas on Rajasthan will also see moderate showers.

Delhi woke up to incessant overnight rains on Monday morning. It had received 70 mm rain till 8.30 am that caused waterlogging in several parts of the city.

The national capital received rain spells of varying intensity throughout the day. While Safdarjung received 38.4 mm rain from 8.30 am till 5.30 pm, Palam recorded 66.6 mm rain in the same duration.

In an advisory, the weather department said that some areas may see “slippery roads and traffic disruption” due to thunderstorms and rain.

It added that moderate to heavy spells of rain may cause “occasional reduction in visibility” and waterlogging may occur in the low-lying areas.

The Delhi Traffic Police too reported waterlogging at Pulpehladpur under the railway bridge.

“Traffic is diverted from MB road towards Mathura road,” it said on Twitter.

In the area, a 27-year-old man drowned at a waterlogged underpass allegedly while shooting a video on mobile phone.

The IMD advised people to stay indoors, close windows and doors, and not take shelter under trees.

“Do not lie on concrete floors and do not lean against concrete walls. Unplug electrical/electronic appliances. Immediately get out of water bodies. Keep away from all the objects that conduct electricity,” the MeT Department advised.

Minimum and maximum temperatures on Tuesday are predicted to be 24 and 32 degrees Celsius, respectively.

Data from the Central Pollution Control Board (CPCB) showed that the air quality index (AQI) at 6 pm in Delhi stood at 57.