Home » Tokyo 2020: Watch – Howrah Bridge in Kolkata lit up in Olympic colours ahead of Games

Tokyo 2020: Watch – Howrah Bridge in Kolkata lit up in Olympic colours ahead of Games 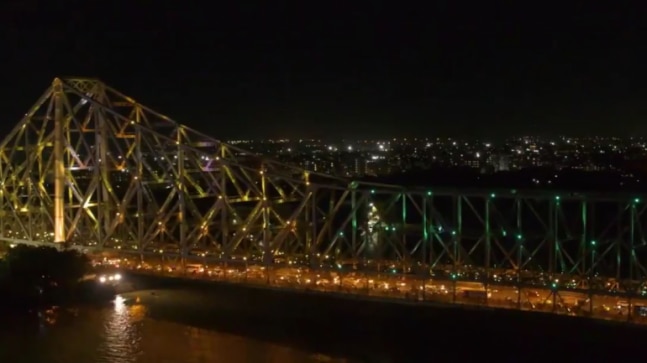 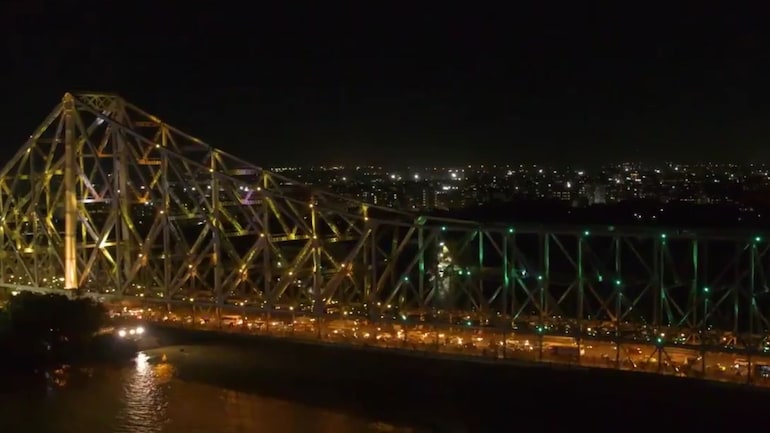 The iconic Howrah Bridge in Kolkata was lit up in Olympic colours on Monday in a bid to cheer for the Indian athletes who will be gunning for glory at the Tokyo Olympics, starting July 23. in the evening, the Howrah Bridge was donning the multicolour of the Olympics ring.

The video of the Howrah Bridge dazzling in Olympic colours was widely shared on social media. Ministry of Ports, Shipping and Waterways joined the bandwagon to wish Indian athletes the best for the Games.

“Celebrating the Sporting spirit at the greatest sporting arena, Take a glimpse of the dazzling and radiant Howrah Bridge immersed in the colours of #Olympics wishes the Indian Contingent a grand success at #TokyoOlympics,” the post read.

#Kolkata‘s iconic Howrah Bridge lit up in the #Olympic colors ahead of #Tokyo2020 by @SMPort_Kolkata pic.twitter.com/qS1fAGY6fb

The Olympics fever is catching up in India with several sports stars joining the Cheer for India movement. PM Narendra Modi interacted with Tokyo-bound athletes earlier this month and legendary cricketer Sachin Tendulkar would provide a virtual send-off to the athletes.

Notably, Indian athletes are arriving in Tokyo in batches and the likes of shooters, badminton, table tennis, and rowing and sailing stars have already begun training in the capital city.

India will be sending its biggest contingent of 127 athletes to the Tokyo Olympics. India will compete across 18 sports in the Olympics, which will get underway in less than a week’s time after having been postponed last year due to Covid-19.

After having had a promising run at major events in the lead up to the Games, top Indian athletes will be hoping to help register the country’s best-ever medal tally. Notably, India’s tally of 6 from the London Games remains their best while it dipped to just 2 at the Rio Games in 2016.

The Games will be held under a Covid-19 state of emergency imposed by the Japanese government in a bid to curb the spread of Covid-19. Spectators have been barred from attending events from the stands.