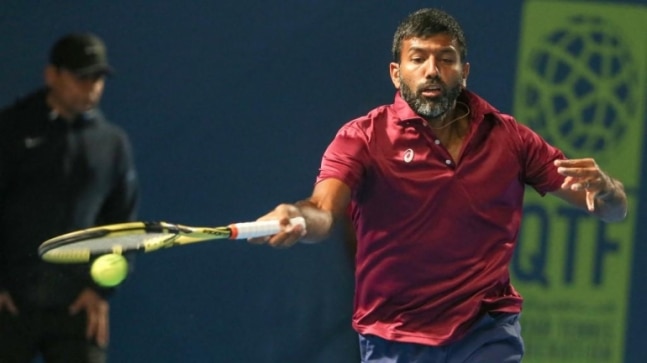 In yet another selection controversy that has rocked Indian tennis before the Olympic Games, Sania Mirza and Rohan Bopanna have slammed the Indian tennis association (AITA) after the doubles star alleged that the tennis body has misled him and the entire country over his Tokyo Olympics qualification.

Rohan Bopanna came up with a strongly-worded social media post on Monday, saying the International Tennis Federation (ITF) did not accept any entry request for him and Sumit Nagal, who qualified for the men’s singles event at Tokyo Olympics after a series of withdrawals.

Bopanna said the ITF’s response was in contrast to reports of AITA promptly pairing him with Nagal for the men’s doubles competition by withdrawing Divij Sharan’s nomination, Bopanna and Sharan were not able to directly secure a place for the men’s doubles event at the Games with a combined ranking of 113.

Bopanna, who had expressed disappointment over lack of clarity for qualification rules from ITF, slammed the AITA. “ITF has never accepted an entry for Sumit Nagal & myself. ITF was clear that no changes were allowed after the nomination deadline (22nd June) unless Injury/Illness. AITA has misled the players, government, media and everyone else by stating we still have a chance,” he said.

Sacrificed a very good shot at a medal: Sania

“Whaaattt???If this is true then it’s absolutely ridiculous and shameful..by this it also means that we have sacrificed a very good shot at a medal in the mixed doubles if you and I would have played as planned. We were both told that you and Sumit’s names have been given (sic),” Sania said in a tweet.

Whaaattt???If this is true then it’s absolutely ridiculous and shameful..by this it also means that we have sacrificed a very good shot at a medal in the mixed doubles if you and I would have played as planned. We were both told that you and sumit’s names hav been given .. https://t.co/h3fGkK0im8

Bopanna has been lamenting the lack of clarity for tennis doubles qualification rules. In fact, the Grand Slam winner had said he had visited the ATP office on a daily basis during his Wimbledon campaign earlier this month but did not get any clarity.

Sania left for Tokyo on Monday. She will be representing India in her fourth Olympics appearance as she gears up for women’s doubles along with Games debutant Ankita Raina.

Meanwhile, AITA Secretary General Anil Dhupar has hit back at Rohan Bopanna’s allegations, questioning why the star player was blaming the federation for missing out on the Tokyo berth.

“All formalities started on June 17 and we also wrote taking a chance that if Sumit being single’s player is also entitled to have a doubles partner. So that’s why we changed the nomination from Rohan-Divij to Rohan and Sumit for the Tokyo Olympics,” Ghupar was quoted as saying by ANI.

“I don’t understand..and where is the problem from the federation. AITA has done its very best to ensure that Rohan and doubles players go to the Olympics so that we also get a chance to play mixed doubles. Entry into the Olympics is not in the hand of the federation. There is law and provisions for that,” he added.